Socialism Destroyed His Homeland. Here’s a Venezuelan’s Warning for America. 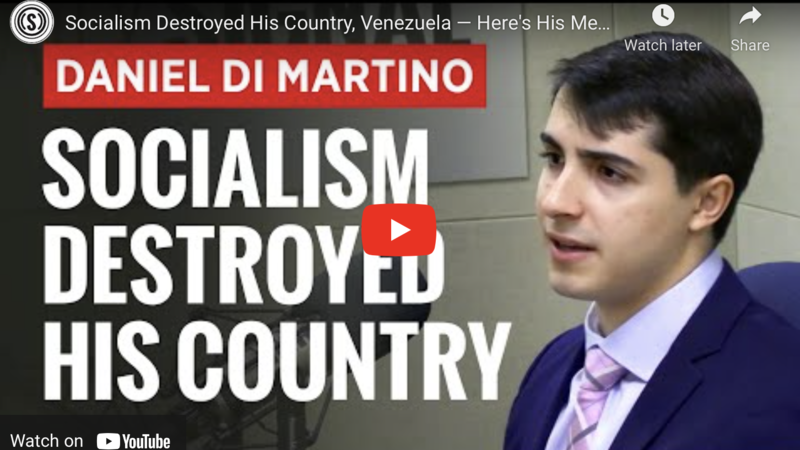 Venezuela used to be a thriving and prosperous Latin American nation. Its citizens enjoyed a quality of life, and immigrants flocked there to better their situation. All of that changed abruptly when socialism took over the Venezuelan government.

The once flourishing country quickly became an example for other nations as to what happens when socialism is allowed to run rampant. Violent crime skyrocketed, people lost their lives and livelihoods, and neighbors began to view each other as rivals for ever-diminishing resources.

Yet, many Americans, blissfully ignorant of the ravages of socialism, want to bring it to the United States. When they hear the word socialism, they think of “free” college and health care, as promised by politicians such as Sen. Bernie Sanders, I-Vt., and Rep. Alexandria Ocasio-Cortez, D-N.Y.

Venezuelan Daniel Di Martino has seen firsthand the horrors inflicted by socialism in his homeland, and wants to educate people about what it’s really like.
video by screenshot is licensed under The Daily Signal n/a