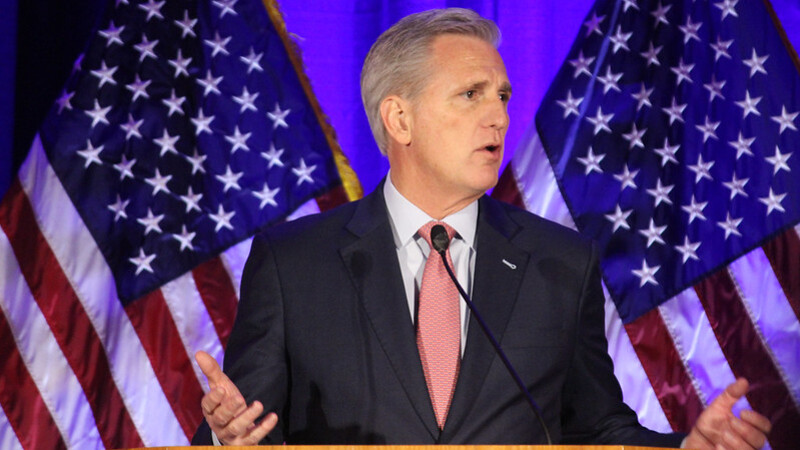 With House GOP leader Kevin McCarthy's (R-CA) projected House majority coming in much smaller than expected, there have been questions about whether he will be face a potential coup from far-right members such as Rep. Marjorie Taylor Greene (R-GA).

One person who is floating that option is Anthony Sabatini, the Trump-loving failed Florida congressional candidate who lost a Republican primary earlier this year to establishment favorite Cory Mills.

Sabatini took to Twitter on Wednesday to stick a shiv into McCarthy and demand that his fellow Republicans deny him the speakership as payback for McCarthy working to take him out in this year's primary.

"Kevin McCarthy spent close to $10 Million going after me, Joe Kent, and 6 other Republicans in their primary elections," he wrote. "That money could’ve been spent lifting up the Republicans we just saw lose McCarthy is a failed disgrace & must NOT become Speaker."